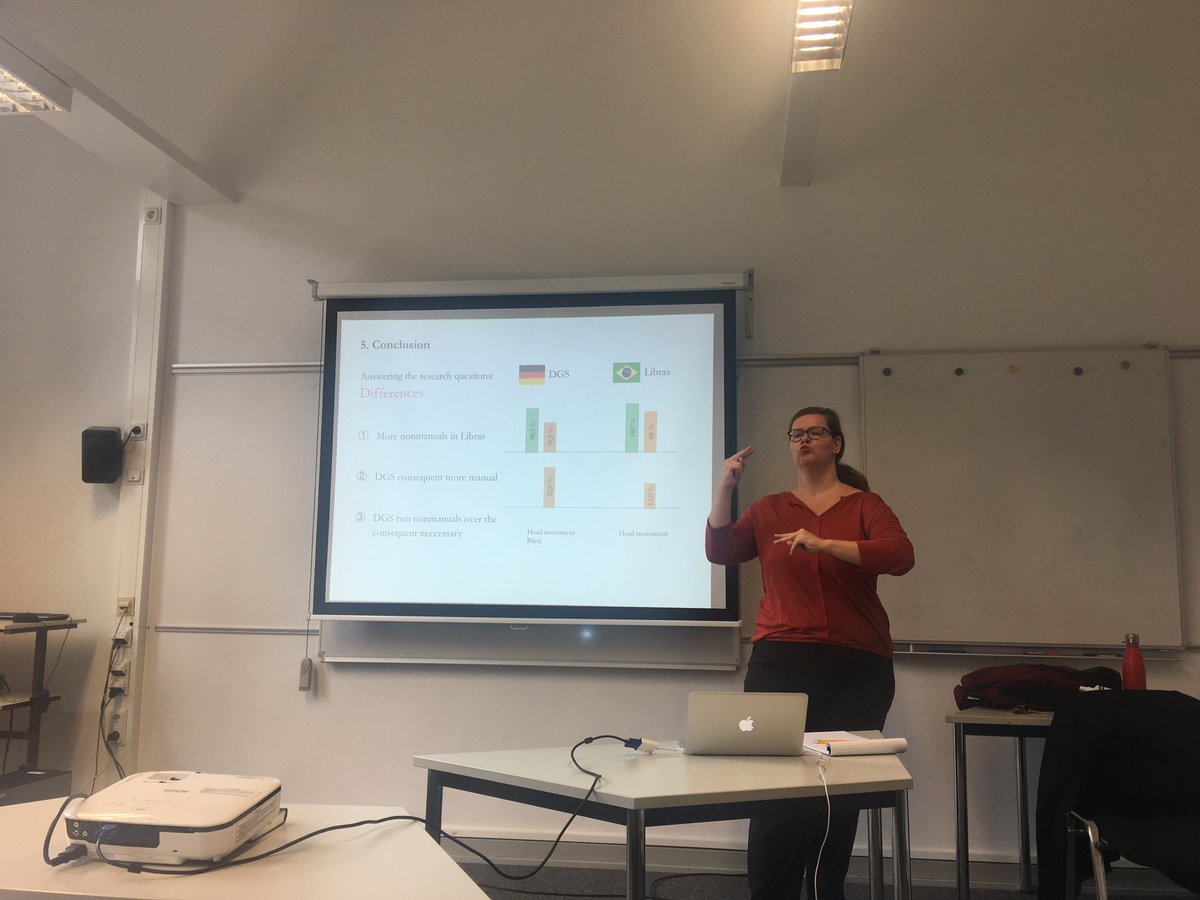 Ronice Müller de Quadros is a professor and researcher at the Federal University of Santa Catarina (UFSC) since 2002, and researcher at National Science Foundation (CNPQ) since 2006. She holds a Masters degree (1995) and PhD (1999) in Linguistics, with an internship for 18 months at the University of Connecticut (1997-1998) researching the grammar and the acquisition of Libras.

She was a visiting researcher at Gallaudet University and University of Connecticut (2009-2010) working in a topic related to intermodal bilingual development (children using a sign and a spoken), funded by National Institute of Health (NIH), and CNPQ (2009-2014).

She was a visiting researcher at Harvard University with research on intermodal bilingual languages, with financial support from CNPQ (2015-2016). Prof. Quadros consolidated the Nucleus of Sign Language Acquisition at the UFSC, with longitudinal and experimental data from deaf children and intermodal bilingual hearing people (2002-current), and the Libras Corpus Research Group (2014-current).

She also established the first Libras Program in Brazil for the education of sign language teachers, and sign language translators and interpreters. Prof. Quadros is coordinating the consolidation of the National Libras Inventory, which includes several sub-projects for the composition of the Libras documentation, with funding from CNPQ and the Ministry of Culture.