International President of the Commission on Health 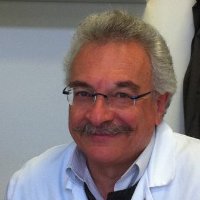 Alexis Karacostas works as a psychiatrist-psychotherapist and a hospital practitioner. He coordinates the activities of the Information and Care Unit for Deaf People at the Hospital Pitié-Salpêtrière in Paris, one of the nineteen public units presently operating in France. He is also the referring physician of the CRESAM (National Resource Center for Rare Disability on DeafBlindness).

Former president of the association GESTES (Specialized Study Group on Therapy and Deafness), he has also chaired the ESMHD (European Society of Mental Health and Deafness) from 2000 to 2006. He has coorganized various events in the field of Deaf culture, history and health issues such as the exhibition “the Power of signs” (Paris, 1989), the Third ESMHD Congress “Deafness and Well-being” (Paris, 1994), the symposium “Deaf people and Health – Mediation in all its aspects” (Paris, 2015). He has been the director of the review “Surdités” (Deafnesses) (1999 – 2006) and, from 2005 to 2017, has coorganized the EHESS (École des Hautes Études en Sciences sociales) research seminar “Deafness and Sign Language : political, philosophical and sociolinguistic analyzers” in Paris.