For example, I learned sign language in adulthood, although I am deaf from birth and have always used hearing aids, and since 23. year of life also cochlear implant. So my first language is polish, I went to schools with hearing people. However, now I know both languages and move in both worlds, although I admit that for many years more often in the world of the deaf.

There are deaf people who are born into hearing families and, for various reasons, are not initially taught any language. Rehabilitation may not be effective, it may not be accessible, a hearing defect may be detected too late. Such children usually acquire sign language at the special school they go to, from their peers. It becomes their first language, but acquired quite late, because at the age of 7 years.

There are also deaf children born into deaf families, who are blinded from infancy, who learn polish only at school-it becomes a foreign language for them, like English or German for the average hearing child. Early learning of sign language is becoming increasingly popular, e.g. through Bobomigi, parents are becoming interested in bilingualism, early start to take care of the child’s contact with sign language.

However, the most common path of rehabilitation of a deaf child is the one I went through.

It is assumed that the child should not have access to sign language, as this will make it difficult to learn speech. This is a myth, disproved by foreign research. This approach can lead to trauma for the child, especially if rehabilitation does not work and the child is left without a language, or will have huge problems in communicating with peers. This is the reason why I am in favour of full bilingualism, i.e. teaching deaf children Polish sign language and Polish language. 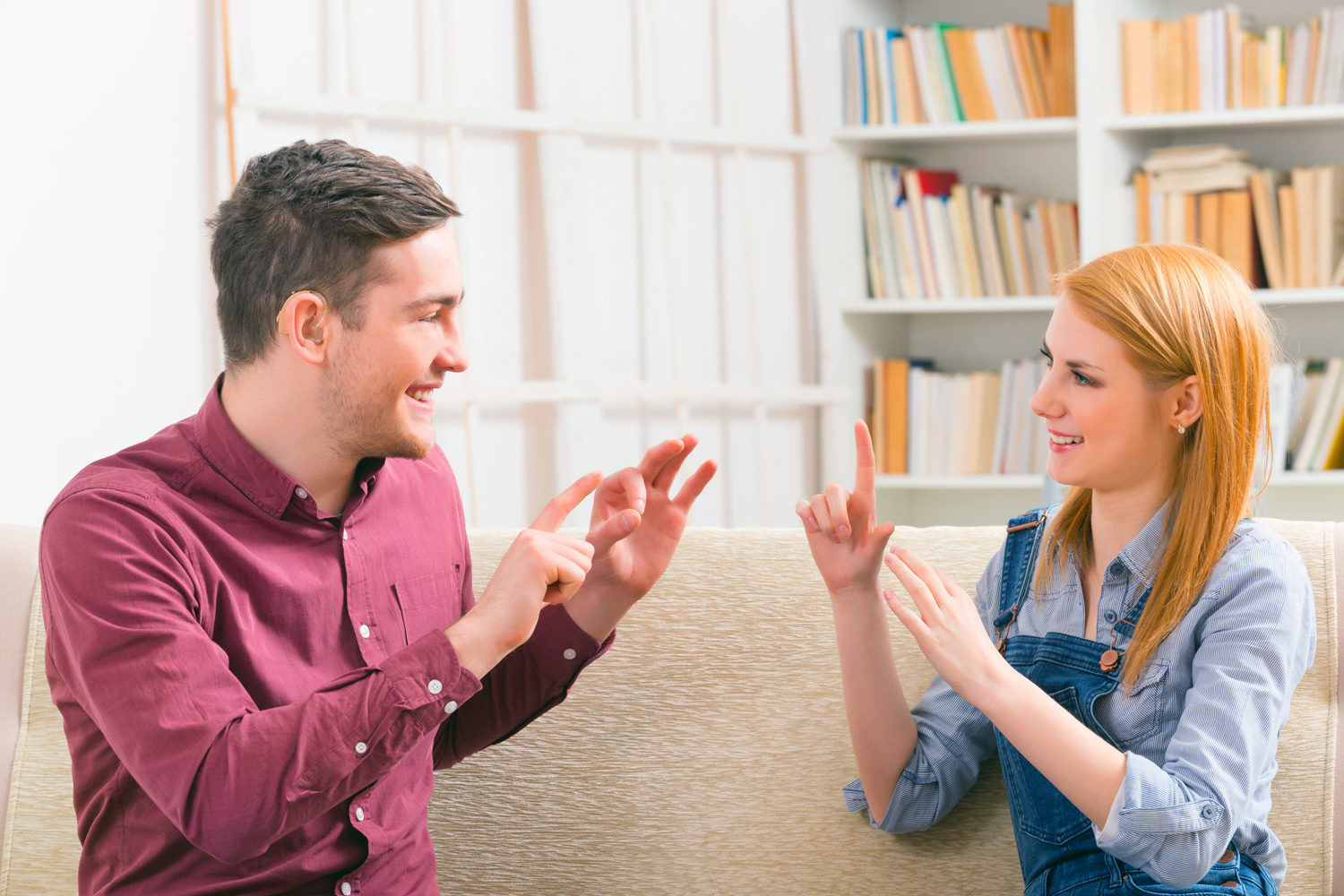 In my case, it was so that during my studies I began to struggle with problems in communication, I began to withdraw from social contacts. I did not know sign language, at lectures I could not use sign language translation, at parties I did not find myself at all, I did not understand anything.

Fortunately, I happened to come across deaf people, became interested in their language, began to learn it-and suddenly a whole new world opened up before me, completely accessible to me.

Because of the pandemic, we meet online. Let’s say that we would like to meet in a cafe, for example.

Would that be doable?

Of course I do. My situation is that I read from the mouth, and thanks to the implant I can hear, although in the noise I do worse. When we meet in several people at once, it is also more difficult for me to get involved in the discussion, but in a one-on-one conversation I do not have problems. Of course, it also depends on the environment-whether there is noise, whether it is dark, how my interlocutor speaks-clearly, whether he mumbles under his nose, whether he maintains eye contact, whether he turns around and speaks to the side.

If you would like to meet with a caller using PJM, it would be possible through a PJM translator. I myself sometimes use this form of support, if I am in a more communicatively demanding, formal situation.